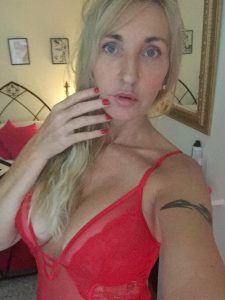 The impetuousness of youth never ceases to amaze me! Just recently I received a phone call from a young guy in his twenties who wanted to arrange a session with me for when he was next in London. His tone gave the impression of a well-educated and confident guy and he was very comfortable explaining to me his fetishes, the types of things he would like to experience in session and what he’d like me to wear. He explained that he had visited several dommes before, was experienced in the fetish scene and in particular enjoyed boot worship, humiliation, strap-on play and bondage (pretty standard stuff). He said he wanted to push his boundaries a bit further and test his pain threshold more. He then mentioned that he wanted to be placed in chastity throughout but because he was “larger than average” squeezing into a device maybe too difficult. If he was expecting me to be impressed at this comment I wasn’t; I have seen all manner, shape, size and colour of the male form!

A few days later I received a text confirming our appointment for that day and a few hours later he duly rang me to receive his instructions of where to go. The doorbell of my opulent London apartment rang shortly later and I opened the door to allow this overtly confident young man into my domain. He had asked for me to wear latex and boots and so I had elected to wear my tightest and shiniest catsuit combined with my crotch high boots with a 6.5 inch heel. As soon as he saw me his cocksure attitude that he displayed over the phone all but disappeared and he stared agog at all six and a half feet of me glistening in the light. I welcomed him in and instructed him to take a seat on my red leather sofa and we began to discuss his likes and dislikes. He was an attractive young guy in his mid-twenties who was utterly mesmerised by my firm breasts squeezed tightly together. After pleasantries and paperwork I instructed him that, on my return to the room, he should present his naked self to me on his hands and knees with his face firmly on the floor, facing away from the door, with his arse high into the air ready for my inspection.

Just before I got up to leave the room I leant in, grabbed his throat and squeezed it just tightly enough to start cutting off the blood flow to his brain. He exhaled sharply and a look of panic set in as it was clear he didn’t know what to do. I slowly leaned in closer and whispered in his ear, “If that cock of yours isn’t what you claim it is then you are going to suffer. You had better not disappoint me slave.” His panic stricken face was starting to change colour and just as he was about to wheeze out some pitiful retort I placed my hand firmly over his mouth and nose cutting off all hope of a precious breath. “Did I say you could reply slave? Did I give you permission?” His dumbstruck eyes widened and he nodded his head side to side in reply. “Good boy” I whispered and after a few more seconds I removed my hands. He let out a huge gasp and from the look on his face I could tell he was broken, ready to be moulded and manipulated as I wished. “You know what to do slave, you had better be ready for me when I return” and with that I left the room.

I gave him at least 5 minutes to prepare himself and as I re-opened the door there in front of me was a firm bodied young sub with his smooth round arse pointing upwards and face pressed firmly to the floor. He had shaven properly – his balls and arse were smooth and I could see that he worked out. I stood in the doorway observing my prostrate new sub before I slowly walked over, my heels making that ever so sensual “click click” on my hardwood floor. Between his legs his cock dangled down and already there seemed to be a slight pearl of pre-cum formed on the tip. His cock was slightly thicker than average but certainly not longer than average for a guy of his age. I wasn’t in the slightest bit impressed and from the brief silence that ensued I think my young sub realised he had sealed his own fate with an empty promise. He started to shake and as he did so I swiftly pushed the tip of my heel against his perineum, the sharp edge of my heel digging into his skin and forcing the pearl of pre-cum to grow slightly. He let out a sharp cry and an “Oh fuck” as he tried to move away from my heel. This just compounded my anger even more and I forced my heel deeper into his flesh. “You fucking lying little maggot” I shouted “that is a pathetic excuse of a cock, it’s a fucking man clit! I should fucking throw you out in the street right now for presenting that dribbly piece of meat to me!” With that I took my heel off his arse, drew back my leg and gave his poor excuse of a cock a sharp kick. He lurched forward in pain and yelped. I reached over for one of my favourite leather hoods and forced it over his head and, after a bit of a struggle and a few harsh slaps of his arse, he became compliant and remained still. I strapped on a ball gag and collar and then forced his head back down on the floor with my boot pressing down lightly at first and then slowly putting more weight on him which had the desired effect of forcing his arse higher up in the air as his back arched.

I pulled him up by his leash and pulling tight on this dragged him over to my trolley containing some of the wonderful instruments of my profession. Arrayed in front of me was a number of things including a metal chastity device, clingfilm, E-Stim device and a fresh batch of stinging nettles in water which a previous slave had picked for me. “Hmmmm, what choices slave, what choices!” He stood there blind and oblivious to what awaited him; the ballgag noticeably stretching out his mouth causing a great deal of saliva to run freely down his chin. “Put your hands on your head slave, interlock your fingers and don’t fucking move” I instructed him. I snapped on a pair of black latex gloves and grabbed a sprig of nettles by the stem. Turning to face my quivering slave I could see that his cock had started to grow and harden. “Did I say you could get hard slave?” He shook his head side to side and tried to mumble “No Mistress”. He had barely finished his mumbling before I ran the nettles over his semi rigid member of about 6 inches. He let out the most exquisite muffled cry and started to take his hands off his head to scratch his cock which I intercepted. “What did I say slave? Put them back and don’t move!” He got another wiping of the nettles this time down his shaft and over his smooth red balls. Again he writhed in agony which only made want to do it more…..and so I did. By this point his cock had shrunken right up and so I took some clingfilm and deftly wrapped some nettles tightly around his cock. By now he was squirming in agony and drooling everywhere. “Now I think we can squeeze you into chastity slave” and with that I gripped his balls, placed the ball ring around the base of his balls, lubed his clingfilm clad shaft and easily slid on the metal cage forcing the nettles deeper onto him. With one click the padlock was in place and with that my cocky lying slave was truly broken and experiencing pain beyond anything he had experienced before.

“See if you can last 5 minutes with this on slave” I said. “If you do then I will reward you by letting you lick my latex clad body and maybe allow you to squirt on my boots. If you fail then you’ll be punished further. If you want to be released then all you have to do is nod your head up and down 5 times and I’ll release you for your next punishment”. Well, he barely lasted 30 seconds before his head bobbed up and down. “Oh dear slave” I said as I began to release him from his torment. Off came the device, hood and ballgag. His cock was red raw and covered in stinging nettle welts yet surprisingly there was another translucent pearl of pre-cum on his swollen and red bellend. I sent him off to the bathroom to bathe his sore cock and watched in delight as he rubbed cream across his bobbled and red cock. After about 15 minutes the worst of the stinging was over and he began normalising. No rest for the wicked…..he was dragged back into my room, thrown onto the floor on his back and told to pull his legs up. I plugged him with my E-Stim and over the next 10 minutes gave him gentle electrical pulses up his arse (with the occasional rapid increase to keep him on his toes). This had the effect of hardening his member (which was obviously still very sore) and he began to leak his fluid more readily. “Time for your milking slave. Stroke your cock whilst you worship my latex covered pussy and bottom” and with that I sat firmly on his face. This was both utter agony and complete ecstasy in one go for him, he had longed to lick me and cum yet his hardened cock was causing him excruciating levels of pain. Nevertheless after much stroking, licking, electrical anal pulses and verbal encouragement he produced a healthy load which jetted out in streams across his toned abs and chest. As he came I put all my weight on him causing him to struggle more as he tried to breathe. Finally I released him from his torment and allowed him to breathe.

Scooping up his seed with my fingers I made sure he ate every drop and then sent him off to shower and change. We sat and chatted afterwards which I always like to do with my cohort of slaves and submissive, albeit he was rather fidgety, and he told me how this one session had blown away his previous experiences by a long way. All of us have different pleasure and pain thresholds and having these tested to what we think are our boundaries but then being pushed just beyond is the only way we can expand both our sexuality and sensuality. Needless to say my new sub was tested and I hope importantly learned a number of things:

My videos can been seen at both of these sites